The Campochiarenti history begins at the end of the 10th century when the church of Saint Nicholas was built (finished in 998).  This church is named in the “Bulla pontificalis” (official document signed by the Pope)  made by Pope Alessandro II in 1070.  The power of the owners had been increased from 1100 to 1200 because of the alliance with San Gimignano against Poggium Bonitii (actually Poggibonsi).  That was the time of the big fights between adjacent cities; Campochiarenti is still on the limit between San Gimignano and Poggibonsi.

In 1268 Conrad V of the Holy Roman Empire (known as Konradin) came in Italy to conquer again the kingdom of Sicily and made camp in Casaglia (that is by side of Campochiarenti).

The Bishop domain on San Gimignano area finished in 1290, and after few years at the beginning of 1300 San Gimignano needed many loans from rich bankers of Florence. In 1353 San Gimignano area became part of the domain of Florence as a “Lega del Contado di Firenze”.  The account of the Church properties is still big because of the privileges given to the churches.  The “Bulla pontificalis” signed by Pope Callisto III in 1457 enhances the privileges given to the Church of Campochiarenti, that will be confirmed by Pope Sisto IV and Pope San Pio V one century later.

Vernaccia and other vintage wines had been exported  from Campochiarenti and surrounding area since 1276. Vernaccia is the most important wine in the history of Tuscany because during century has maintained the same variety and quality characteristics.

The growth of the area and his importance are shown by the number of the residents; during 1300 their number was the same of 1950, when the rural development reached the peak.

The church and the convent in Campochiarenti show the importance of this place and how the agricultural production has been done during the last 1000 years. Here were brought and processed all the products of the area, specially olives and grapes.

On 1977 started the project of the new owners that renewed the vineyards and the buildings to recreate the old importance of the area, so that the millennial history of Campochiarenti will be remembered. 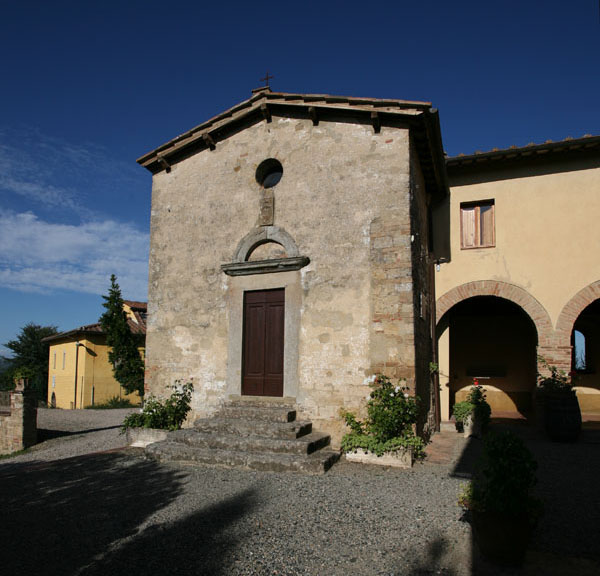